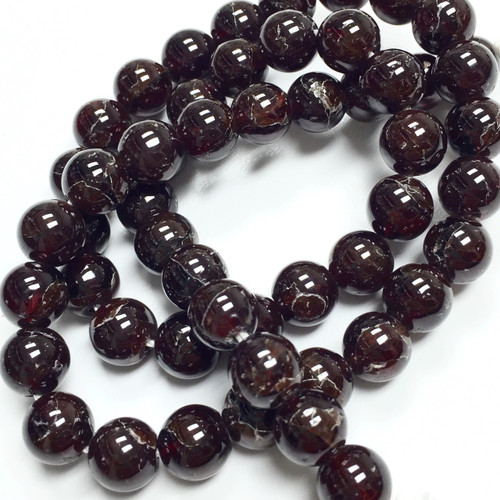 Garnet is energizing and cleanses all chakras. It brings serenity or passion as it is appropriate. It was carried as a protective talisman since the days of old because of its ability to warn of approaching danger.

Garnet is useful in crisis - it helps in situations where there seems to be no way out or when life has become traumatic. It strengthens the survival instinct and brings courage and hope into hopeless situations

Garnet activates and amplifies other crystals in its vicinity

Garnet stimulates the metabolism, purifies and re-energizes the blood, heart and lungs and regenerates DNA.

Red garnet represent love and is attuned to the heart energy. It revitalizes feelings and enhances sexuality, controlling anger.

"Almandine Garnet is a stone of the ancient times in human history, when people were more intimately connected to the Earth, and when life was more physically demanding. It can vibrationally enhance one's vitality and endurance. It activates and strengthens the base chakra, our portal of connection to the physical world. It is excellent for those who are a bit ungrounded, or who lack energy. This is also a stone of tangible truth. If one tends to build "castles in the air", Almandine Garnet can assist one in manifesting a realistic version of them here on Earth. Almandine Garnet is also a stone of psychic protection. Its relatively dense energies keep one strongly connected to the body, and when one is rooted in this way, it is more difficult for negative energies or entites to attach themselves." - Robert Simmons the Book of Stones